What Have I Done Since My Divorce?

So this is the anniversary of when my divorce became final.  Well, well, well.    The divorce process, from filing to finality was almost three years to the day.    It was  litigious and expensive.   I still have outstanding legal bills and there is retirement money yet  to be transferred.   Regardless of the loose ends,  the divorce itself has been final for a year.  Happy freaking anniversary to me.  See, Don’t Congratulate Me On My Divorce . . . Not Today.

It was my husband who was the litigious one, though I’m the lawyer.  But suddenly, after his multiple filings, hearings, and mediation and him threatening to prolong the process, as in, “I don’t care how long it takes.   This can go on forever.  I’d rather pay my lawyer than you,” when he got this last girlfriend, he couldn’t get divorced fast enough.  Huh.  Even after the settlement was agreed upon and we were waiting for signatures, he filed yet another costly petition because it was taking too damn long.

Let me be clear:  we aren’t wealthy people, so unlike Kobe  Bryant and his wife, we weren’t dividing mansions and millions.   Not even close.  No, my Ex-husband had another “M” word in mind. 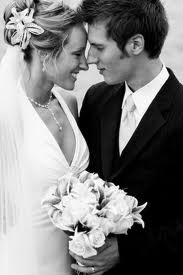 In the year since  our  bonds of matrimony were broken,  My Ex-husband has  remarried.

Now they are expecting.   Huh.  Guess he  had plans.  Plans which necessitated a divorce.    Because the ability to remarry —  that is the true power and magic of divorce.   That, and being able to sign up for eHarmony.com . . . but I digress. 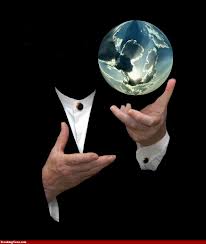 Well, that particular magic hasn’t happened to me.  (And that’s okay, really.)

I haven’t walked down that aisle again and I’ll never have any more children.  What’s more, I don’t wanna!!    I’m not looking for a husband and I don’t feel incomplete without one.   Marriage is not my goal or plan and I do not equate it with a sign of success.
That said,  let me take this moment in time to celebrate

2.   Having never watched it  before — ever,  I started from episode one and got caught up on Grey’s Anatomy right up  to the current  episode;

That’s right.  Apparently  I had plans, too,  damn it.    So maybe I haven’t traveled the world since I became legally single.   Maybe I haven’t  found someone to whom to publicly declare my love  “until death do us part” (yeah,  no comment)  and  started a brand new family  . . .

I’m texting and tweeting like a champ, #hashtags and all. 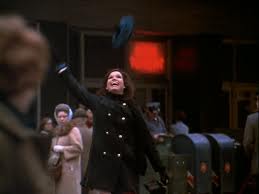 She’s Gonna Make It After All