It was Super Bowl weekend and I was in the beginning of some of the most painful days, weeks, months, years of my life. It was about a week and a half after my husband of many years had informed me he was leaving. He had said, simply, “I have to go.” He denied that there was anyone else, stating merely that he was not happy and was never going to be happy.

And, like Forrest Gump, that’s all I have to say about that.

He had decided to leave, but I had begged him to stay, regardless of his decision. I guess I was buying time. I was still in Stage One of trying to get him to change his mind, not accepting that the marriage was in Stage Four: non-operable, treatment resistant and terminal.

A few days before Super Bowl Sunday my husband went on a pre-planned, pre-paid SCUBA trip which had been booked about six weeks before he broke up with me — really that’s what it felt like — but I digress . . . The trip itself was not completely out of character because he belongs to a club and went on trips a couple of times a year. What was odd was that he had scheduled the trip during Super Bowl weekend. What was completely crazy was that he was still going on vacation after telling me he was leaving me and while I was a sobbing heap on the floor.

What’s worse, my kids, who are unusually healthy, freakishly healthy — I mean I have five kids and I only remember dealing with two ear infections — ever — had come down with the flu, high fevers and all.

All five children had the flu. All five. Flu. They were too sick to even take to the store. I had to get my Dad to come over while I went grocery shopping.

I was housebound with five sick children. My husband had gone to the Bahamas.

Huh. Signs of things to come.

Although I was crying all the time (I told the kids I was sick, too) having him out of the house for a few days gave me random moments of clarity which tapped into my common sense.

Long story short: It was during Super Bowl weekend that I uncovered uncontroverted evidentiary support leading me to the conclusion that my husband was not in fact on a trip with his SCUBA Club. To the contrary, he was on a romantic island vacation with another woman. 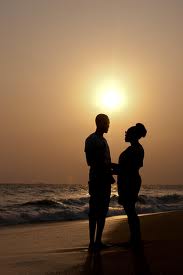 Like how I lawyered that up? It’s a defense mechanism of mine to deal with painful topics. But in straight talk, I found out that my husband, who had simply announced after double digits of marriage, “I have to go” was on a beach getaway with another woman, a jaunt he had booked a month before he informed me he was leaving me. He was frolicking in the sand and surf with someone new, while I was heartbroken and housebound with five children suffering from the flu. (Rhyme unintended but I kinda like it so I’m keeping it.)

Stupid Super Bowl weekend. That was a long weekend. A long game. And the daggone Super Bowl happens every year and I get a little reminder of some of my worst days.

This happened some time ago. It’s all back story, the abridged version. I have a memory too good for my own good, see The Twilight Zone — Again? Seriously?, when I reflected on the date my divorce became final and damn near wrecked the car. When I’ve gone through something difficult, especially something which coincides with a holiday or special event, it is hard to ignore, try as I might. See A Sad and Disturbing True Halloween Story.

I’m better now. I’m not crying about it, at least not about him leaving me. It took years and thousands of dollars, but my divorce is final and he has remarried. He did not marry the Bahamas woman, in case you were wondering, that relationship didn’t work out — and that’s all I have to say about that.

The pain has decreased over time, but that does not negate the fact that it was a super-duper crappy Super Bowl weekend back then, by anyone’s standards, and I still remember it — like women remember (but don’t feel) labor, like people acknowledge (but don’t celebrate) the anniversary of a death. It’s just there. And it’s okay to acknowledge it — so that I’m not so hard on myself for being where I am now, and also so that I can celebrate how far I have come. Plus, one day I might even write a book.

I know I’m better off without him. But it’s like having a huge life sucking tumor removed — in the end it’s all for the best, but would it have killed somebody to give me a little anesthesia? That mess hurt.

A couple of weeks after that Super Bowl, one of the kids announced, My Daddy Moved Out.

A Snowy Night for a Breakup

Our Breakup — The Musical Revival