Where Did I Put My Fake Boyfriend?

I recently took The New Walk of Shame for the Single Woman:   Going Out Alone.  I had attended a jam session/fundraising event by myself. Something happened on my out, though, that I could have handled differently.

The jam session  was nearing the end.  People had come and gone throughout the evening, but the night was almost over.   When a group of guys left I decided  to walk out with them so I wouldn’t have to navigate out of the creepy building  and out into the night alone.   I waved goodbye to the host, who was busy playing keyboards.   He gave me the “call me” sign as I followed the others out.   The others were father and son guitar players  and an Up and Coming Rapper (Question:  Why do so many Rappers call themselves Up and Coming?)and his Manager. Together we figured out where to take the stairs down (no one knew how to work the freight elevator), and we walked out together making small talk on the way out.

The Up and Coming Rapper and his Manager’s conversation  was spiced with curse words about how tired they were because they had come  from another industry event.   I tried to pin them down about where they were coming from (they were late arrivals at the jam session, just there for some face time I think),   but the Manager was vague.  Exiting the building, the father and son disappeared, leaving me with the Up and Coming  Rapper and his Manager.

The Manager, who was lighting up a cigarette, called to me: 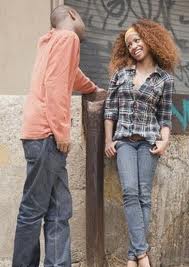 “Hold up, you married?”  And the evening had been going so well, I lamented.

“No”  I responded, because I’m not married anymore, I have not been legally married for five months (but who’s counting).

I kept walking.   He followed.

“You single, you got a boyfriend?”

“Five.  I’m divorced.”   (With so many kids, sometimes I feel the need to explain that I was once married.)

“I’m not into hanging out with anybody right now.”    My stock answer.

“So can I give you my number?”   He was persistent, and my stock rejection line hadn’t worked.

Have I mentioned that I’m not really used to being single?

As  I started to put his number in my phone and hoped for a sudden attack of dyslexia,  he  said, “Let me see,”  and actually leaned over to look at my phone  to make sure I was really  entering his number!     Geesh.

As he started to walk away  he turned and said,

“So are you gonna call?”

Ohhhh. I was just minutes from a clean get away (like Jack Nicholson in Terms of Endearment).

“We’ll see,”  he parroted back, mimicking my nice voice, in a not-so-nice way,  and he jogged up the block to join the Up and Coming  Rapper, who was waiting for him, smoking.

*shudder*   I got in my car as quickly as possible.

Obviously,  I just was not feeling  this guy.  I did not like his approach.  I did not care for his manner of speaking.   I’m not a smoker.  I wasn’t impressed with his  industry talk.  I didn’t even enjoy his client’s music.  Just — ick.    It occurred to me later that the whole exchange could have been avoided had I just said,  “I’m seeing someone.”  After all, his questions about my relationship status seem to suggest that having another man in the picture was a deal-breaker for him.

Why didn’t I just comply and pull out the fake boyfriend?

The Fabricated Boyfriend can be very convenient.  Single women have been using him for years,

I think he dates back to the Stone Age.

My answer:  Because I thought I was supposed to be embracing my new single status.

In my tortured thinking, since I had been someone’s girlfriend or wife for many, many years,  I thought that I was supposed to say loud and proud — I’m single, unattached, free.  WRONG!!!  Isn’t it the prerogative of a true single lady to lie when necessary and expedient?  For safety?   To save time or someone’s dignity?  C’mon —  the ole  “I’m not feeling well” or “I’m not ready yet” or “It’s not you, it’s me” ?  It’s married people who can’t lie. If you are married, you’d better ‘fess up to your status. If you are single, you can be creatively coupled when necessary, in my after-the-fact humble opinion.

Jim, from The Office, introducing his fake girlfriend. She’s European.

The bottom line is,  I knew I was never going to call this guy.  And that’s okay.   Being single doesn’t mean that I have to entertain every offer of male companionship I receive, I’ve learned.  See Landscaper Dude  and a Phone Smarter Than Me.   That said,  I was standing on the street alone with Rapper Manager and was  in a situation where I had to  reject him and  provide a valid  explanation which would end the exchange  yet not piss him off.   I had to say something.  I should have lied.

So what have I learned from this?  Okay, yes, I am Single.  Not married.  No boyfriend.  But not every person in every situation needs to know this.   Being single doesn’t mean I that I have to be so damn  honest about it.   Had I lied immediately and said I have a boyfriend,  Rapper’s Manager guy could have walked away with his dignity, I could have walked away without fear of retaliation or passive aggressive nastiness.

Going forward with my new single status,  I reserve the right to pull out the fake  boyfriend as the situation demands.   I realize now that it is not a sign of weakness, especially when going out  alone,   nor is it a  sad attempt to cling to my previous “couple” status.   Some guys just need to go away by any means necessary and  I will  concoct  an imaginary boyfriend when I need to,  damn it. 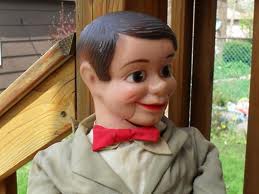 For a rejection without use of a fake boyfriend, see “I Turned Down A Dinner Date With An Ex-Con.”