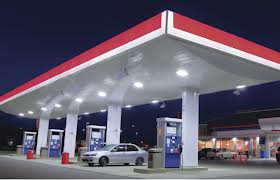 I have written about this guy three times before.

2.  The Landscaper Guy and the Female Chandler Bing — I give him a shot.  (I shouldn’t have.)

3.  The Landscaper Guy and A Phone Smarter Than Me — I shoot him down, and miss. I have to take better aim and shoot again.

Well, I ran into him today. Again.  Seems he has a vehicle now, a vehicle that needed gas, as did mine.

He was, again,  wearing white but topped it with a blue jacket.   No head scarf this time.

I said a passing hello like I would to a stranger, a stranger who looked somewhat familiar. He said “Hi” back with a look that said, You don’t have anything else to say?

I smiled at him, being polite, but not starting any kind of conversation.  It was, after all,  7:45am.

He followed up with a “Hellooo” drawing the word out, raising his eyebrows at me.  It was that kind of ‘Hello’ that wasn’t a greeting but rather a complaint of some sort.  It said, You got nothing else to say to me?

I gave the ‘I’m just being polite‘ smile and thought, “Shoot, I’m supposed to know this guy.  I have no idea who he is.”

“What’s wrong with dinner? You didn’t want to go to dinner?”

“You still feel that way?”

“I’m just not going out much lately.”  This was the response that had failed me previously. It was all I had at 7:45am.

“Yes.”  I refused to lie, and he refused to STFU. As discussed in Where Did I Put My Fake Boyfriend there are some aggressive men who only accept the reported presence of another guy as an acceptable reason to decline a date.

“Well, I don’t get it.  What’s wrong with dinner? I’m not talking about a relationship or anything.  Dinner,” and he wasn’t done. 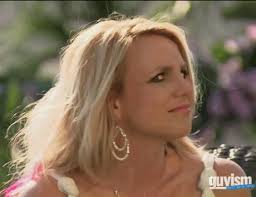 WTF?   I cannot believe he said that to me.

“I’ll be alright,” I replied and offered a purposely fake smile, one that I hope really conveyed, ‘You, sir,  are an asshole.‘

“Well. You have a nice day, now,” I said.  This is the way Northern US women say the Southern US women’s ‘Bless your heart‘  which really means, ‘I’m done talking to you. Kiss my ass.’

“Alright,”   he replied, shaking his head, which probably meant, ‘Bitch’ and truthfully,  I don’t give a shit.

For other run-ins with the men in my neighborhood, see:

I Turned Down A Date With An Ex-Con

Another Encounter With The Ex-Con