Misplaced Praise of a Father 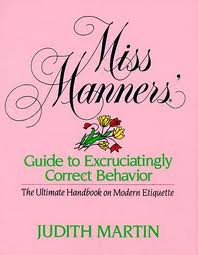 I think I’m done.  I’m done agreeing with the generalized small talk and factually inaccurate praise of  the mere suggestion of  the presence of my Ex-husband in our children’s lives — like he’s some kind of magic man.

An ex-neighbor dropped by yesterday.  I hadn’t seen her in over a year.  We don’t have much in common and she does not read people well.   She’s had four husbands, yet when my husband up left me and the children and I was visibly devastated, dehydrated and malnourished,  she went on and on about how we should stay together and that maybe there’s hope.

That’s  what she said to me.  She said this to me, though she knew that my husband had, suddenly, cruelly, left me.  Now that I’m thinking back, it is quite possible that this woman is a nut job.

She was one of the people I avoided back then.  Some people say the wrong things.  They can’t help it, they won’t change.

Yesterday, she dropped by unannounced to invite me to her mother’s memorial service.  She arrived just as the kids were preparing to go on a dinner visit with their dad.  Like before, she went on and on about how that’s so good that he sees them, that –the alternative in her mind — total abandonment —  is so bad, and told me a story about how her daughter-in-law’s absentee father showed up on her wedding day and practically ruined it.   So she reasoned that my situation is so much better.  blah blah blah

I don’t recall asking her opinion at all.

I did not enjoy our one-sided conversation.   There are always stories of the most horrendous parents, male and female, but if you set the bar at those folks, hey, everybody   looks good. I have one  good father and know many more.  The fatherhood  bar is high in my world, or actually, it’s where it needs to be, but I digress . . .    Not only did this woman irk me, but she  went on and on while  there was a child within earshot.   I wonder how it  makes kids feel to hear an adult praise their father for  merely seeing them?    Completely clueless,  the ex-neighbor didn’t notice when I tried to change the subject by talking about the children themselves, their accomplishments.   I was being polite.   Perhaps too polite. 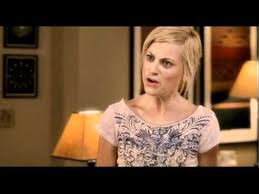 I’m sorry folks, I don’t usually talk like that, but sometimes people piss me off.

In fact, I’m a polite sort –to a fault, really, I can make small talk and seem to agree to the most ridiculous statements for the sake of decent society.  But sometimes, it seems, this gives a pass and an exaggerated sense of importance to people who don’t deserve it, as well as an acceptance of past, current and likely future bad behavior.  And sometimes, it just makes me mad.

As we sat in my tiny living room, on a house on a busy street, in the neighborhood of “The Help”  that I had to work my butt off to get the Hoarders smell out of ,  it seems that no matter what transpired and how well the children have adapted to and excelled in  a difficult situation, the most important thing for her to discuss was the seemingly magical appearance of their father. 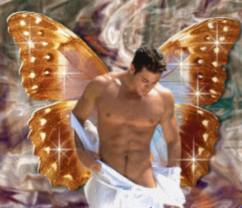 Maybe if he looked like this his appearance would be, indeed, magical.

So now, instead of nodding politely, I’m going to try to opt out  of the small talk that makes me blinding mad.  I think it’s better that way, don’t you?

And before I get the “What about the kids?” speech, I’m talking about conversations between grown folks.   Children are not invited.

From now on every time some  random acquaintance inquires about the time my kids spend with their dad and says,

My new response will be, 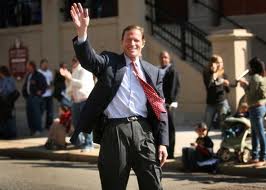 And then I will launch on full-out campaign, an attack,  if you will, describing the awesomeness of my children in excruciating detail.  And I will note that my elderly parents, even at their advanced age, rarely miss a concert and get to many sporting events each season —  because they enjoy it and they are so proud . . . and the kids are . . . wait for it . . . AWESOME!

And then I will turn and leave, because, you know, I’ve got things to do.   I will not talk about or allow discussion of  the perceived  importance of  the (magical) father’s (mythical) encouragement of said real accomplishments by these awesome kids.  His is not my banner to wave, or shoot at.  As I said, I’ve got other things to do.

My point is this: It is presumptuous to make sweeping  statements about the perceived importance of an absent party, without any knowledge of or inquiries into the actual situation, and expect me, the one clearly in the trenches,  to agree.

So I’m opting out.

I have other things to do.

For other misinformed comments, see: Weekends Off .

For other misplaced praise, see: The Unspoken Pain of  Sharing Celebrations

Father’s Day Announcements to My Ex 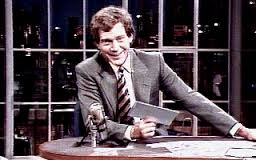 Classic Letterman. If only I could hire him to deliver this list . . .

Since my Ex-Husband sent the kids home to me on Mother’s Day expecting them to tell me that he was getting married,  see My Ex Husband is Getting Married, I’ve compiled a list of  announcements I should  (but of course won’t) make to him on Father’s Day. 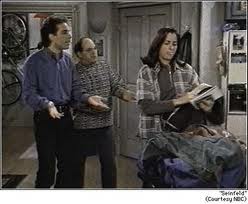 (Not that there’s anything wrong with that, a la Seinfeld,  and no, he is not gay, but it would probably bother the Ex, so wouldn’t that be fun?)

4.   I’m getting married, too —  to a polygamist.  So not only will the kids get a father figure,  but I will have  at least three other sister wives  and their kids all helping to raise our children!!!   Isn’t that great? 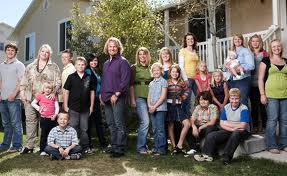 (Deciding to raise the children in an alternate lifestyle is always a nice surprise, right?  And this news would certainly trump and dilute his plans to add just one wife to the kids’ lives.   Anyway, I always wondered about what the fourth sister wife’s ex-husband thought about his three  kids, who are school age, calling her new polygamist  husband Daddy, having  all these extra Moms and siblings and doing it all on television,  but I digress . . .  I digress a lot, and often) 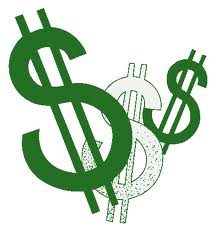 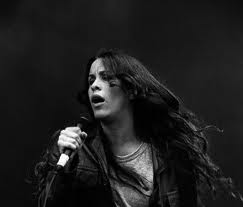 (I’ll attend with the vintage Alanis Morissette, “You Outta Know”  attitude.   Hell, I might even be convinced to offer a song.)

And the classic, almost clichéd announcement, but works every time:

1.  You are NOT the father (a la Maury Povitch) 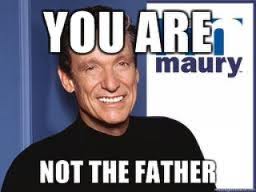 Just Me With . . . some Father’s Day Announcements.

Join 1,407 other subscribers
Follow Just Me With . . . on WordPress.com