Riding With My Boss 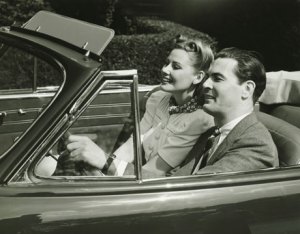 I was working as a contract attorney for my neighbor’s law firm when my husband left me.

At first I tried to continue to work as usual.  But the funny thing about extreme emotional  trauma and a good old-fashioned nervous breakdown, it makes you a bit less efficient.

I had told him what was going on and that I wasn’t sure what was going to happen.   He said that I could work more or less hours, depending on my needs.   That was sweet.  Turned out to be untrue, but sweet. And he’d offered his kids to me as needed to babysit.  He was genuinely supportive.  He and I didn’t have heart to heart conversations about personal things  but still, he was helpful.

In the days, weeks and months later, I was a walking ghost.  I wasn’t eating or sleeping and was crying everywhere I was alone and sometimes even when I wasn’t.   I looked like shit.  Truly.

I missed a lot of work.   One day when I happened to be  there  my boss offered to drive me home.   The last thing I wanted to do was be in a car with anyone and make small talk, but I was too tired to think of an excuse and had just missed a train, which he knew.  So, I accepted.

At first the ride was silent.   I have learned over the years that it is not my sole responsibility to fill  the voids in conversation so sometimes, I just don’t.   This was one of those times.   I said nothing.   Really,  all I wanted was to get home before the daily tears found me.

Then my boss said something to me, and it wasn’t small talk:

“Roxanne, you are a beautiful woman.   No one knows why some people make the choices they make.  But you should know that  his decision had nothing to do with you.”