Anyone remember that scene from Sex and The City where Miranda, after the birth of little Brady, discovers that she can fit into her skinny jeans?

(And by the way, for you people who don’t know, the original “skinny jeans” do not refer to a particular cut of denim pants.  They refer to those old jeans that women keep in their closet in hopes that losing enough weight to be able to wear them again.)

Well,  Miranda shows up at the club looking great in her skinny jeans and Charlotte asks how she lost the weight:

Miranda: Well, I got pregnant, became a single mother, and stopped having any time to eat.
Samantha: Oh, that’s a diet I won’t be trying.

There’s also another weight loss regimen that women don’t rush to try.  I call it,

Simply put, it is when a married woman suddenly drops the pounds, without the assistance of  a gym membership or  Jenny Craig.  No, it’s none of that pesky diet and exercise stuff.   Rather, a woman is on The Adultery Diet when her husband is having an affair and it is making her sick.

There’s just something about finding out or suspecting that your man is screwing somebody else that really kills the appetite.

This revelation may or may not end in separation or divorce, that’s not really relevant to this diet, it’s just a sick, sinking feeling that suddenly makes food intolerable, hence the weight loss.

I bet we’ve all seen the signs.

In walks a female friend you haven’t seen in a while.  Her clothes are literally falling off of her.  Unfortunately, her eyes are sunken, red, swollen and downcast, and she’s unnaturally quiet.  She’ll explain, perhaps, that she’s had a bit of a cold.   In her mind, however, she’s screaming, “Oh my God, this is not happening. What am I going to do?  How could he? ”  And then, she simply doesn’t eat, while continuing her daily responsibilities. She functions, but  just knowing that there are some very uncomfortable silences, discussions and possibly life changing decisions that will have to be made in the near future  — well, it just doesn’t make her want a sandwich. In fact, the mere thought of the situation makes her food taste bland and causes nausea.

Then there’s the time alone — while it is quite possible her mate is not spending time alone — well, it can make a girl literally sick to her stomach. Pounds melt away, baby weight — gone, along with muscle.  Suddenly skinny jeans fit and she needs to tighten her belts.

He has to work late. Again.  I fed the kids; they’re good. Everybody is fine. Everything is fine, except that it’s not.  So I’m just gonna sit here in the dark on the kitchen floor while my life falls apart.  I’m not hungry.  I really don’t feel well.

And the coolness of the kitchen floor is somehow so comforting . . . but I digress.

This Adultery Diet is usually available to married or cohabitating women — because there is something about living with someone who is sleeping with someone else that is particularly offensive to the palate.

So if you are surprised by a sudden weight loss of a friend, don’t just tell her how wonderful she looks and ask about her dress size, her diet,  or whether she’s working out.  Ask about her marriage.  Ask if she needs —   anything.

Don’t ask me how I know. 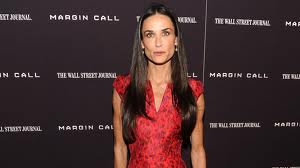 Message to Demi: Give me a call.  We should talk.

See also:  On Angelina Jolie —  At Least No One Will Say She “Got Fat”

Confessions of a Skinny Mom

I’ve watched and read too many crime dramas, in my day, yeah, I know.   But some things make a person go hmmmm.   A case in point.

The house I live in now had previously been occupied by, let’s say, a “different” kind of family.   I bought the house and according to the terms of the sale, the family rented it back from me for six months.  During the rental period  I worked on the outside of the house and occasionally the inside.  I got to know the family.  Sometimes they told me things I’d rather not know, but people need to talk and what the hell, I’ll listen. 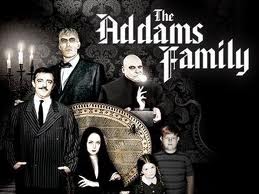 Five people lived in the house.   There was the ailing matriarch I’ll call Betty.  She was only in her early sixties but suffering with what became terminal cancer from lifelong smoking and hard living.  She was an old soul.  Twice divorced,  she had had three children.  A boy and girl in their forties and another girl in her twenties. I’ve previously referred to the grown son as PissMan, read  Piss, Puke, and Porn, and you will know why.   PissMan lived there with his girlfriend, I’ll call her Diane, a quirky, frail woman (probably ninety pounds soaking wet) who seemed to have some mental disabilities.  Her head was too small for her body.  That isn’t a joke, it’s an observation, by many people.

The younger grown daughter from Betty’s second marriage, whom I’ll call Lori,  and her school-aged son also lived in the house.   The boy was adorable, but disturbed.   The older  grown daughter Gina, lived elsewhere, but nearby.  She was the one that got away, so to speak.  She held a job, had a home.  She had no children of which I was aware, but she had a female friend who was often around her, they may have been a couple.  She was a second mother to her much younger sister, Lori, because Betty wasn’t always around  for her in those early years.    Betty went through periods of never leaving the house, so I was told.   I’m sure the family loved each other, but there was a lot of resentment and drama.

You know those people who, without any real prompting,  suddenly launch into the most horrific personal stories?  Well, this was a whole family of them.

I learned that the matriarch Betty and her youngest daughter had both been victims of domestic violence, and had been in relationships with alcoholics and drug addicts.  I learned that the little boy has been in treatment because of his disorders resulting from his violent father and that there were ongoing legal battles over his abusive father’s visitation rights.    The little boy’s sick grandmother, Betty, was his best friend.  But Betty and  the boy’s mom, Lori,  mutually admitted  that they  have never gotten along.   Betty and Lori told me so, separately.

I learned that when he was a child PissMan had been in an accident  from which he never fully recovered (I think it must have been a head injury).  Sister Gina always resented him because Betty babied him and never let him truly grow up because of it.   PissMan did grow up to have a drug problem, however —  crack, that is.   He also has a grown son from an early marriage.  This young man allegedly beat his disabled girlfriend.   I met them both.   The girlfriend had recently decided to give her abuser another chance.

I also learned that PissMan and his current girlfriend Diane  had had a child once.   Diane was so small, I had a hard time believing that she could carry a child at all.  She had the body of a ten-year-old.   Diane told me  “they” took the baby away.  Diane was counting the days until this child was old enough to look for his birth parents.   (I secretly hoped that the child never did so.)    Diane also told me that PissMan was her “first.”   (Let the record reflect that I did not ask for this information.)

Youngest sibling Lori seemed to hate  her brother PissMan and his girlfriend Diane because of the way they lived ( like hoarders, cats and all).   Plus, PissMan and Diane did not seem to do much.  Other than walking to the store or to the bank to cash disability checks, PissMan and Diane seemed to spend hours just sitting on the porch, smoking.

Over the six month rental period, the mother, Betty, became progressively worse, though her mind was still intact.  PissMan and girlfriend Diane took care of her.   In the last month,  youngest daughter Lori had found somewhere to move with her son, and they left.   The older daughter,  Gina, only visited from time to time.  Eventually, Betty was confined to a hospital bed in the front room because the home’s  stairway is too  narrow to get the bed and supplies upstairs.  By the end, Betty could not get out of bed.

Betty was still talkative and seemed to enjoy company.  I would sometimes visit with her when I had to be at the house.   PissMan and his girlfriend  Diane stayed with her around the clock, feeding her, caring for her, even when she became immobile and incontinent.  Care did not always include good hygiene, however.   Toilet or Kitchen Sink —  Who Can Tell?      Gina would come around to visit on occasion and help when Betty needed to go to the doctor, since she had a car.  But Gina did not make frequent or even regular visits.

Regardless of their shortcomings, it was PissMan and Diane who were there for Betty.  They seemed to really care.

The date the family was scheduled to vacate the home was fast approaching, and the family was looking into finding a facility for Betty.  They had not had any luck. They didn’t know where they would go, let alone how they would house and care for a dying woman.

One Spring day I was at the house working outside and was surprised when the older sibling Gina came outside.  Gina wasn’t often around.   She  explained that she had come to give PissMan and girlfriend Diane “a day off”  and sent them away for the day.     Mind you, as I explained earlier, PissMan and the Girlfriend rarely went out much,  even before  Betty needed so much care.  I hadn’t known them to stay away for the day, I hadn’t known Gina to stay around all day.   I thought it was strange at the time. 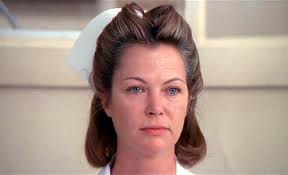 Had Nurse Ratchet arrived?
“One Flew Over The Cuckoo’s Nest”

I didn’t go inside.  I didn’t stay long that day.  Though PissMan and Diane seemed to welcome my company, Gina didn’t seem to want me around.

When I came back the next day, no one was home.  Betty had suddenly taken a turn for the worse and had been transported to the hospital the day before, sometime after I left.   Having lapsed into a coma there,  she was taken off of life support, with her family surrounding her.  Reportedly  it took hours of watching  Betty laboring to breathe before she finally died.  It was not a peaceful passing to watch, according to youngest daughter Lori.  It was horrible, she said.

I think it was PissMan’s girlfriend Diane who later told me what happened that last day.   She said simply that Betty  had choked on coffee —  and that she wasn’t supposed to have coffee.

Why did Gina, who wasn’t around often,  suddenly decide to give her brother and his girlfriend  “a day off” and spend the day alone with her sick mother?

Why did  PissMan and his girlfriend Diane uncharacteristically leave the house and stay away all day?

Why, while in Gina’s sole care, did Betty suddenly choke?

Did Gina do something to make sure that her ailing mother Betty would never have move in with her?

Or, to be more direct, did Gina send Diane and PissMan away for the day so that she could kill her mother?

The grieving mother in “The Sixth Sense” who had poisoned her daughter.

Postscript:  PissMan and Diane asked to stay in the house for an extra month so that they could find a place to live, having been distracted from doing so earlier because of Betty’s illness and death.   I gave them the extra month.  Ironically, it was Gina who found them a place to live, and it wasn’t with her.