The Sofas on the Side of the Road Are Killing My Property Value!

Not my neighborhood couch.

I’ve been in my former hoarders fixer house for a while now. And, as was always the plan, I will sell it — if the universe and my credit score allow– upon or just prior to or just after my youngest kids’ graduation from high school. I have a couple of years, but I’m thinking ahead. I probably won’t see a dime in return on investment for all the improvements I’ve made to my little hoarders home. There are a lot of reasons. But for this post I’ll focus here on my neighbors’ damn sofas sitting on the side of the road because that’s what’s bothering me today, every day.

Sofas, couches, easy chairs. Whatever you call them. Indoor furniture that is banished outside to publicly decompose for all to see — it’s the worst lawn decor ever.

It’s the modern day real estate equivalent to the head on a stick.

It’s crap like this that will lower my property value and keep it low — which is good for the contractors who want to buy low and rent or flip high — but bad for me. There are plenty of regular folks looking for an affordable houses in a nice neighborhood in a good school district, but because of the ever present sofas on the side of the road, it makes my neighborhood seem, well, not so nice.

Have you ever wondered why people put sofas outside which stay there for weeks, months, even years?

I have my theories.

1. They got a new couch. So they put the old one outside.

2. The old couch had something nasty happen to it — of the urine or vomit variety –that they just couldn’t get out.

3. The old couch had something smokey happen to it — the old cigarette in the cushions . . .

This only explains why the couch leaves the house, not why it stays outside.

Here are my theories on why they stay outside.

1. There is no free bulk trash pickup in the neighborhood.

2. Bulk trash pick-up is costly and low income (poor) people can’t or won’t allocate their money to pay for it.

I get it. Paying extra for trash removal can be a hard pill to swallow if you are having trouble paying regular bills. (Query: How much money was shelled out on the new sofa? Perhaps the $25 bulk trash fee should be built into the cost of getting the new couch?)

Regardless, there’s a solution. If you are able bodied you can save the $25 by breaking up the couch and putting it in the regular trash. I’ve done this. I’ve seen other people do this. It’s actually kind of fun if you want to get out some aggression.

And another option is, if the sofa is old but not ruined, put it on Craigslist for free. Someone will take it. Craigslist people won’t pay a dollar for something, but if you say it’s free? They’ll take it. They’ll even take it from your house. If you don’t want strangers in your house, just plan to put the couch out on a sunny weekend, post the ad, and it will go away — for free. I’ve done this. More than once. If it’s truly trashed, this isn’t an option, but it’s worth a try.

The Bermuda Triangle on “How I Met Your Mother”

But dude, how long are you going to wait?

Once a year, our Township provides dumpsters for people in my neighborhood to use free of charge for whatever they need to get rid of. But it’s once a year. In the Summer, I believe. It’s Winter now. Will the sofas sit here until July?

A variation on this excuse is: I put it out and wanted to see if the trash guys would take it. Okay, I get that. Because sometimes they might actually take it, or somebody might. This only justifies having an outdoor sofa for a week, though, tops. After a week has gone by of the regular trash people not picking up the sofa, it ain’t going nowhere.

4. Residents must not be physically able to get rid of the couch.

Well, I call bullshit on that one. If a person had the means or muscle to get the couch out of his or her house, they have the means and muscle to put it somewhere where it might get picked up. Obviously there are elderly or disabled (mentally or physically) who cannot maintain their property. I get that. But I’ve seen grown, strong, working men coming and going from these houses with the lawn couches. I call bullshit on them. I know people may have ailments that are not readily visible. I withdraw my calling of bullshit if that is the case. But if not, just putting indoor furniture in your yard and leaving it out in the rain, sleet, and snow until starts to stink, disintegrate, become the nesting ground for vermin and bugs, and just look plain old tacky — I just don’t get that.

Right now there are two couches I see every day. Every day.

Couch Number One. It’s in a back yard, which backs onto my alley and my back yard. I see it from my kitchen window. As I said, every day. As do at least four other houses and all cars that drive along this back alley. Lovely. This placement is curious to me, because their trash gets collected from their front yard. Why put the couch out back, inside their fence, on its side, cushions and all? Why? It won’t get picked up there by anyone. Maybe they are planning to have bulk trash pickup or somebody with a truck come later — but it’s been about a month now. And why leave the cushions? They could certainly go in the regular trash or recycling and this would cut down on the bulk of the sofa in the yard and also make it less inviting for bugs and rats. But no, the couch is outside.

Couch Number Two. This one is on the edge of a front yard of a house on the side of the road. Now this house has always had a messy porch. I don’t know the people, personally, but I’ve seen them come and go. Not elderly or infirm. Driving, working, healthy looking people. It appears as though they are doing some sort of home clean out now because there is more junk outside than usual. Again, having gone through extensive clean outs and renovations I understand that while work is in process, there will be debris, because — it’s a work in progress. But, the couch and cushions have been out there for about a month. I don’t see any evidence of home repairs or renovations going on. It appears as though someone decided to get some crap out of the house so — they just put it outside. Other large trash items have joined the sofa. These other items could have been put out in the regular trash. But, for some reason, the residents are just piling it up on and around the couch.

These abandoned sofas are like announcements to people, whether they are passing through or coming home. It gives the appearance of,

“You have crossed over into a bad part of town.” 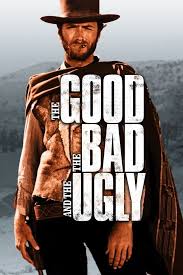 When people come to see me, or drop off my kids, they have to pass by one or both of the sofas. It’s far from inviting. It actually repels. And it seems that as soon as a rotting sofa is finally removed, another appears. I remember when we were still in the marital home when it was on the market, as we drove by what is now my neighborhood, my kid said,”I’m not moving over there.” She didn’t know that I had already purchased my little hoarders home there. I told myself at the time, “I’ll make it nice.”

I worked my butt off making our home as nice as I could, but I can’t do anything about the neighbors who allow upholstered furniture to rot outside their homes.

I think there’s a psychological reason why people do this. There are some people who are — interior. Most of their relaxation time is spent indoors. They only think of their yard, their porch, and front door as something to pass through to get inside. I guess then it becomes easy to make whatever changes you are making inside the house, and put the debris outside. After all, you’ve gotten it out of the house. It’s kind of like how an apartment dweller can throw things in a dumpster and go back inside, oblivious as to whether the dumpster is ever emptied.

These couches make me sad. It feels like people have just given up and don’t care. And what’s worse? It’s contagious. I would never do the couch thing, and I maintain my yard, but I’ve lost the will to garden or create an outdoor space for entertaining. I mean, why bother? I don’t want to sit outside and look at a rotting sofa while roasting marshmallows. I plan to garden and landscape more this year, to enhance curb appeal, but I confess, my heart’s not in it.

It just irks me. And it may cost me.

That Hoarder’s Smell — How to Get Rid of It

Goodbye Hoarders — My farewell to the television show