“My Daddy Moved Out” — A Kid Announces A Divorce 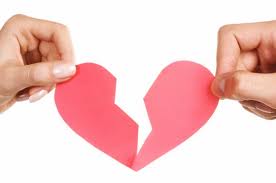 She was in first grade when her world changed.  Her Daddy had moved out during  a three-day weekend — one of those holiday weekends when people buy refrigerators and mattresses.  Me?  I was online looking up how to tell children about their parents’ separation.   That Sunday we told the kids and he moved out the same day (I cannot describe that day, it was — no words, yet.)   On that holiday Monday I held back sobs long enough to  call each teacher at home and give him/her a heads up.  Having no idea how the kids would be at school, I asked the teachers to call me if there was any strange behavior — outbursts, crying, sullenness, etc.  They were crying a lot at home, off and on.

They still had “Circle Time” in Mr. Harris’  first grade  room.  “Circle Time” was the part of the school day  when the children sat on the floor,  each taking a turn to speak freely.  It was meant to encourage discussion and teach respect and listening to others.   The teacher used a  rain stick and passed it around the circle. The rule was, the child with the rain stick had the floor (or rug — ha ha).  The other children must listen to the speaker and be quiet, but they could ask questions after the child has finished.  Since it had been a long  weekend, the children discussed what they had done over the weekend.

When my daughter got the rain stick she announced to the class:

“My Daddy moved out over the weekend.“

She  told me all about it when she got home from school.  She exclaimed, with bright, light eyes open wide, and in that — slightly too loud, high-pitched and overly dramatic  little girl voice,

“Mommy, everybody got soooo quiet.   I could hear the birds outside and the trucks on the street!   Nobody said anything.”

That’s some serious silence for a classroom of first graders.

I was a mess; I managed to murmur something about how they probably didn’t know what to say.  I asked what the teacher said.  She said he didn’t say much.

I sometimes referred to this child as a wealth of “inaccurate information”  (Hell, I still do).  I never really know what the whole truth is with her.   Once I found her name written on the wall at home.  Of course it had to be her work.  Why would another child write her name?   She denied it of course.    But not only did she deny it,  she took paper and a pencil to all of the other children procured handwriting samples in an attempt to prove  her innocence.  Her investigation was flawed since little sisters couldn’t write anything but their own names at the time, but I had to give her props for her tenacity.

She was telling the truth about Circle Time, though.   I spoke to Mr. Harris later, and he confirmed her story, saying that the other kids did indeed fall silent when my daughter made her announcement.  Since there were no questions  he just continued on to the next child.  Reportedly,  my daughter appeared to be okay.   Mr. Harris told me that  he was glad he already knew, though, and he  thanked me for giving him a heads up.

By the way, her twin in the class across the hall didn’t say a word to anybody, and was angry that her sister told our business.

Our Break Up, The Musical Revival  — Oh yeah, we went to a play that weekend.

Six Days of Separation  — I was a hot mess.

My Cheating Husband Was Packing Viagra — Self Explanatory

When I Needed a Helping Hand — People can be so nice.