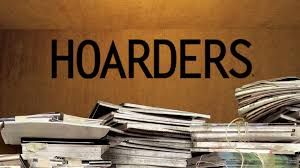 But the house was in deplorable condition (which is how I could afford it). The people living there had owned the house for generations but had done no maintenance. Plus, they were sick and poor. The house looked like it should have been condemned. Actually the back part of it was condemned by the county and had to be demolished.

I couldn’t even tell the kids about the house because it looked so bad it would have been too traumatic for them. We drove by it every day and the kids had no idea. The prior owners rented it back from me for 6 months and I worked on the outside of it when the kids weren’t around so that it wouldn’t look so bad when I told them.

Meanwhile, the marital home finally sold. I would have two weeks from the time the prior owners/renters left the new old house before I had to move the kids and I there. The prior owners were heavy smokers, and I say this with no judgment, just the facts — and nasty. I knew that I would be undertaking an extreme makeover but . . .

I get that it was a tough move for the prior owners. Their family had lived there for over 60 years. I stopped by on move out night and they asked if they could leave a couple of boxes to pick up the next day. Sure, I said, because I’m nice that way. But when I went over there the next day and could see in broad daylight what was left behind, it made me sick.

These people kept cats but did not take care of them. They left me litter boxes with cat poop and no kitty litter. The boxes merely had newspaper lining the bottom of the pan. They also left used wet cat food cans. This was late Spring, people. Temps were in the 80’s and rising. Also, there was cat poop that didn’t make the cat box at all. They had apparently kept a cat locked up in what would become my room. The cat had yacked numerous times and they hadn’t cleaned it up. Add that to the cat urine which had soaked into the floors and the remnants of wet cat food — the smell was indescribable.

But the third floor attic bedroom was even worse. A grown man (like in his 40’s) and his girlfriend had lived up there — like hoarders. The side of the attic which was used for “storage” had clothes and debris thrown over there, not in boxes, not in bags, and another cat had free rein up there. Think about it. The storage area was nothing but a big litter box.

Do you see the cat?

Anyway, after the move out there were some boxes and debris left there. Well, okay, I thought, they said they’d leave some things and be back to get them. But I had to inspect the property anyway and start to clean. I had to.

These soda bottles were not empty — but no soda, either — 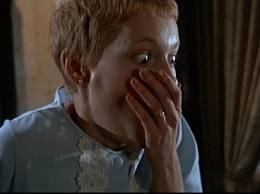 Part of the Piss Collection

Let me say it again — 50 bottles of human piss — in my new house. I knew I’d have to do major renovations, but piss removal?

Thank goodness the kids weren’t with me when I made this discovery. Even my therapist said she’d never heard of anything like this. (This was before the show Hoarders was so popular.) I stopped looking through stuff. My daughters’ future bedroom was a toilet, literally. And people, this was an attic bedroom — in June! It was ten degrees hotter up there than outside. It was nauseating. Truly. And I was going to move my kids in this house in a matter of days. Looking back on it I still shudder. Yeah, I’ve been through some crap . . . and piss.

Exhumation by Accident — Be Careful What You Dig For

Leave a Reply to Laughter is the Best Medicine | Just Me With . . . Cancel reply