He’ll Be Married, I’ll Be Free 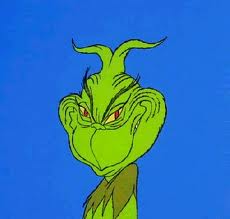 The Evil Grinch Smile, How the Grinch Stole Christmas

I am the most bitter of bitter, clinically depressed and all around down in the dumps – – most of the time.     But something  strange happened, something occurred to me that made me  . . . . smile.  I think I just heard a collective gasp from my readers, it’s shocking I know, really shocking.   But I smiled  . . . I smiled . . .  regarding the impending nuptials of my ex-husband, a man I had been with since the tender age of 16,  a man with whom I share the only children I’ll ever have,  a man who, after many years of marriage,  suddenly told me, simply,  “I  have to go,”  on one snowy  night after we had put our children to bed.

Now, a mere four months after our prolonged and contentious divorce  became final,  he has announced plans to remarry (well, he left me a voice mail).  Though I do think it sets a better example for our tween and teen children,  I have many concerns,  many scowls and curses about the whole idea of it and the manner in which it has unfolded.   All fodder for another post  for another day . . . maybe,  . . .  or maybe not.

But the story today is not so vile

The story today is about my Grinch-like smile,

which started out small and then started to  grow . . .

it started, of course, when I realized and thought . . .

I thought and I realized  that them tying the knot

In other words, minus the bad Seuss inspired prose.

My ex-everything will be  on lock down, committed, his relationship and his ownership of property will be  governed by our state’s laws, he will be  bound in matrimony.   His dating and new relationship days are over.  Even now, he’s running around getting stuff  for the wedding and  speaking in the royal “we” while I am, in a word   —   free. 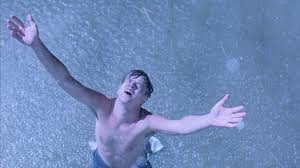 This is all new for me. I was married young and for many years. For most of my life, I was  someone’s girlfriend, someone’s wife; hell,  I was his girlfriend, his wife.    Now, I’m not.    Did you hear it?  Did you feel it?  There has been a small shift somewhere in the universe and everything has changed .  Next month,  he’ll be somebody’s husband and I’ll be NOBODY’S wife.  (smile)  In a strange way, this has set me free in a way that separation and divorce  and even other men did not.   This  is a statement to the world that our  epic romance, and crippling break-up —   is —  over.   And the fact that I’m okay with that part of it, even though I was royally dumped,  will be so much more obvious when he makes his vows to another woman and . . .

Oh, I’m still pissed about a lot of things, don’t get me wrong.   Sure  there will be more announcements, more crap to deal with;  it’s another chapter in a book I didn’t want to read.   And I’m not even  addressing here my larger concerns about difficulty dealing with them both where the kids are concerned,  his lingering hostility toward, pity and disrespect of  me,  the fact that I never got a chance to be  single while younger and without children,  the opportunities I may have missed because I married young, and that he is getting a do-over in a way, as a woman and mother, I cannot.    But . . . still . . . I’m free.

Soon,  we will no longer just be  living separately.  He’ll be living married and I’ll be living single.  If you’ve read my other posts, you know I haven’t jumped into the dating waters with both feet.  I stick my toes in, maybe up to my knees, then get out where it’s warm, apply my sun (man) screen and enjoy the fresh air.   However, whenever I do get in  — whether I jump, inch in slowly,  get pushed or perhaps pulled in, it’ll be my thing.   I’ll make stories to tell, stories that for once, don’t include him. 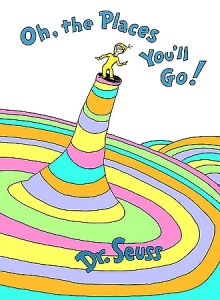 And you know what?  I don’t have to settle for the random landscaper dude.  I can do better.  I deserve better.

Related Posts:  How Do I Feel About My Ex-Husband Getting Married?

I Was The Nanny When My Ex-Husband Got Married.