The “Lean In” I’m more familiar with.

I confess. I haven’t read Sheryl Sandberg’s “Lean In,” but I get the gist. I did view her successful Ted Talk that inspired her to write the book. In that talk she made a point of saying to women, “Don’t leave until you leave,” suggesting that women pull back from workplace opportunities long before they have children, simply because they plan to have a family — some day. That’s a valid point. No use preparing to leave the workplace for your family years before you even have one. But I’m taking it even farther back. I’m taking it to school. I’m suggesting that women and girls should not let others do all the talking and just freaking raise their hands in class . . . and say something. It doesn’t matter if you’re not sure if you ever want to run a Fortune 500 company or even whether you like the class. If you’re in school, raise your freaking hand. The corporate world is tough. In many ways it is not an even playing field. In some professions you’re not even allowed to speak if there is someone more senior in the room. So while you’re in school? Before you get out there in the real world? Dang it — if you’ve paid your tuition and you’re going to sit your butt down at the desk for the next two hours, you might as well say something.

As a child I remember accidentally seeing the movie The Paper Chase on television. The Paper Chase is a 70’s flick about a first year student at Harvard Law School. I was a kid. I had no dreams of going to law school. I’d never met a lawyer, to my knowledge. I guess in my ultimate laziness I didn’t feel like changing the channel, so I watched the movie. It stuck with me. In the film, the main character noticed that everyday in class only a few students raised their hands, only a few volunteered answers to questions posed by the imposing professor. Of course, the professor called on unwilling participants via the Socratic method, but only a few dared volunteer. They were the Upper Echelon.

At this point, I think it’s important to note that law school exams in the first year are usually anonymous and not given until the end of the semester. There are no extra points for prior class participation.

So why bother speaking in class, then?

First, because it helps to learn and analyze the material.

Second, it establishes the student as being in the Upper Echelon, and

Third, it makes the student think of herself in the Upper Echelon.

Fourth, being in the Upper Echelon might get a student noticed, and some perks.

In The Paper Chase, the main character made a conscious decision to “jump in” and raise his hand, to join Upper Echelon. Once he did, he was viewed — and viewed himself, differently. Other students sought him out for assistance during the study period for finals. He eventually got an “A” in the course, if I recall.

I’m not sure why seeing this movie about Harvard Law students had such an impact on me whilst I was in the 6th or 7th grade or so, but it did. There was something about the guy deciding to jump in with the other students who had the bravura to do it from day one.

Fast forward a decade and then some. I found myself in Law School (not Harvard).

Like the main character in The Paper Chase, I noticed that there were only a few people who volunteered answers in class. And it was always the same people. The Upper Echelon. Most of Upper Echelon were men. I think there was one woman. She, no surprise, was not well liked.

The second tier was comprised of those students who spoke when called on and would speak voluntarily on occasion — on very rare occasions. These students were sitting ducks, waiting to get called on. If the professor was not teaching the Socratic method they were quiet, relaxed ducks, passively letting the material wash over them. (Well, wash over us. I was with them, with my highlighters and colored pencils and markers.)

And then there were The Quiet Ones — the ones who never volunteered to speak, and would even “pass” when called upon.

In law school, there was a saying, “Beware of The Quiet Ones” as they were often the ones who, when grades came out, seemed to have pulled a 4.0 out of their asses. With that 4.0 they could get on Law Review, and continue to collect academic credentials that would yield many, many opportunities in the legal profession or other any chosen professional career. When grades came out, suddenly The Quiet Ones were the cream of the crop, yet no one had ever heard them speak or even noticed they were there. In my years at my school, The Quiet Ones were women. Reluctant geniuses. Secret weapons, possessed of powers unknown to man (literally). Statistically, however, there are only a couple of those kinds of Quiet Ones. Most silent students were left crying or shaking their heads when grades come out. The straight-A Quiet Ones were an enigma. There’s only one Batman . . . but I digress . . .

So I decided. I would jump in. I would raise my hand. I would talk. Just like in The Paper Chase, it was a conscious decision. Just like in The Paper Chase, it was a decision that would take me out of my comfort zone. The thing about it was, I was there anyway. I was doing the reading anyway. We were all students. No one had any grades yet. Might as well jump in. If those guys (and one woman) could throw themselves into the Upper Echelon from day one, why not me? I would be just like that guy in that movie I saw when I was an impressionable youth.

I admit, in the night before I decided to jump in I was a little more attentive to my reading. My array of notes was a colorful masterpiece. (It was the markers and colored pencils, you see.) I didn’t know in what direction the professor would be taking the discussion, so I simply vowed to say something about . . . something.

He spoke. The Paper Chase.

And, the next day, just like in the movie — I raised my hand. I don’t believe I had ever spoken voluntarily in class before.

Heads turned. I was no longer invisible.

After I spoke that first time, I raised my hand again. I argued. I answered. I wasn’t always right, and since it was law school, there wasn’t always a right answer, but my words were heard, my point of view considered, and even when I had no real point of view, I practiced taking a side anyway. I became one of the Upper Echelon, just like in The Paper Chase. I’m guessing that I also joined the ranks of students other students disliked, but whatevs. I walked a little taller.

One day after class a Professor asked to see me. Admittedly, this dude scared the crap out of me. He was not the Professor I had a crush on. See Another Embarrassingly Moment, Another Crush. No, this professor was a classic unapproachable (or so I thought) academic whose pearls of wisdom often seemed to float out of reach above my head. This was the professor who made me nervous, and though I spoke in his class with an unsteady voice, I was always convinced that what I said — or what anyone said, for that matter, was just — not quite right. I didn’t know why this professor wanted to see me, but I dutifully went to his office.

To my surprise (utter shock, actually), the professor asked me to be his research assistant.

Not one of the original Upper Echelon members.

The music student who was really just acting out a scene in a movie she’d seen by accident as a kid.

I accepted his offer, and my research (for which I got paid work-study money) contributed to his book, in which he gave me credit by name when the book was published. He also became a mentor and a professional reference, and my work with this professor, who was a former clerk to a Supreme Court Justice, certainly didn’t hurt me in securing my own Federal Clerkship, a position coveted by many.

If I hadn’t starting talking in class, he wouldn’t have known who the hell I was, and the research position, along with the opportunities and experience that flowed from it, would have gone to someone else.

But it didn’t. It went to me, because I raised my freaking hand.

I’ve tried to explain all of this to my kids, especially my girls, but they don’t get it.

And I want to kill myself.

Time to break out the old movies, methinks. One of my daughters has seen The Paper Chase (thanks, Netflix), but I don’t think she got it. I must try again — on her — and the other kids.

One of these days somebody will listen to me. 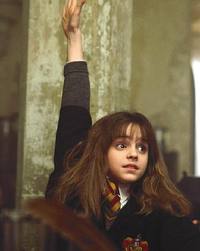 Hermione Granger. The Best Student Ever.

I just had a horrifying thought. Much of this was triggered because I happened to see the movie The Paper Chase on television when I was a kid.

Think of the things kids “happen” to see on TV these days. I shudder at the thought. 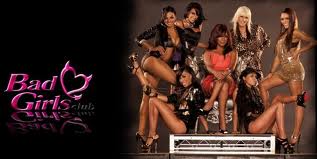 Related: Tales From The Bar Exam