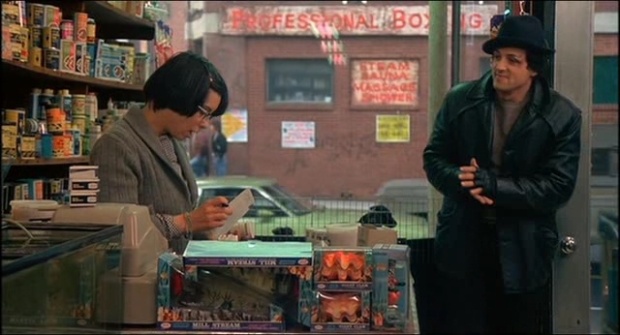 I have an admirer. Let’s call him Rocky. There’s a reason why I’ll rename him Rocky here. First, I want to protect his privacy. And, second, he’s an ex-boxer. These days I think he works as a bouncer. Yes folks, my admirer is a bruiser with a heart of gold.

We met years ago when I was still married and working as a contract attorney for my former neighbor, see Riding With My Boss. My boss was representing Rocky and his union in some kind of complicated dispute. I was doing background legal research in a back room. One day when Rocky had to come by the office my boss introduced us. As I recall he complimented me, my smile. Thereafter, when Rocky stopped by he always had a smile and compliment for me. He also gave me his card, which I stashed in my wallet and never used. I must have given him my contact information as well, though I don’t remember doing so.

For years since then, Rocky has sent me a text on or near my birthday and about every other month saying things like, “I was just thinking of you, lovely lady.” He’s my age or probably younger, but he is always so polite, referring to me as “young lady.”

After I became separated and sought to test my new status, I tried to call in some favors. Specifically, I developed a list of guys I already knew who might go out with me. I was on a mission. See The Best Advice I Never Took. I figured Rocky must like me and I’ve got to go out with somebody so — I called Rocky. He seemed to pleased to hear from me. I invited him to come to one of my gigs. As he always works at night he could only make it if he came early and he wouldn’t be able to stay long. This was good, since I wasn’t sure how this was going to work out. Plus, this was good because I had scheduled another guy come to see me for the second shift of my one day dating frenzy. Yeah, I was a player, and I was on a mission.

So Rocky was date one for the night. At that time I hadn’t seen him in person for a couple of years.

He still looked good, bigger than I remembered, a burly Teddy bear of a guy, soft-spoken and so sweet. I found out that evening that although he is such a tough guy, he spends his free time writing poetry and songs. Who knew?

It was as close as we got to a date. We hugged good-bye and I haven’t laid eyes on him since.

By the way my second date of the evening was with the man who would become my stalker. I should have stuck with the boxer . . . but I digress . . . If I’d Married My Stalker

Since that early evening “date,” I’ve received semi-regular texts from Rocky. This has gone on for years. He tells me I’m beautiful, refers to me as a friend or wishes me and my family well. I don’t get them often enough to feel like I’m being stalked or harassed but I get them often enough to know I’m still thought of. These texts never request a date or phone call, they are just — complimentary. Recently he sent a picture of himself — just his face, and it was NOT, I repeat, NOT taken in the bathroom. He asked me to send one in return, which I did not — yet. Oh snap, what if his memory of my appearance is better than my actual looks in real life? Wait, what am I saying? Clearly, this could not be possible. heh heh heh

“You made a positive impression on me from the time I met you. That helped me survive some very tough times. Thank u. :p lol”

I’m not really sure how the “lol” works with the rest, so I’ll just ignore that part. And I don’t know what “tough times” I helped him through, so I’ll just accept that part. All in all, it was a nice message. Sometimes we help people without even knowing how.

Just today I woke up to a text from Rocky which said,

“Good Morning to a very special young lady who is so very sweet. In case no one told u this morning. You r very unique. :p Have a great day.”

Awww. Is it strange? Maybe. Weird? Perhaps. Whatever. I don’t care. It’s nice to have an admirer. And currently there is no one to wake me up by telling me I’m very sweet, so Rocky was right on time. I’ll take it. (Plus, it doesn’t hurt to know someone who could and would kick somebody’s ass for me. Just sayin’ . . .)

See also, “Another Text From My Admirer”

Leave a Reply to Another Text From My Admirer « Just Me With . . . Cancel reply