If We Were Honest on Resumes

Simon Cowell used to say it on American Idol,  “If I’m being honest . . .”  then he would insult the very being of some wannabe pop star.

Sometimes, honesty hurts.  Consequently,  in decent society (and by decent society I mean not reality TV)  we make nice-nice  while expressing our opinions of others to avoid causing them emotional injury.  Other times we choose not to be honest about ourselves to avoid the appearance of  being (gasp) boring.   We lie, omit information or engage in puffery (ha! I got the word “puffery” in a post) so that we seem fun and important.     It’s expected, really.  It’s the secret of success.

I once had a job where I had to screen  law school students for professional positions.   My best work friend and I used to love reading through their resumes and laughing at the  obligatory “Hobbies and Interests” section, you know,  that last part of the resume when candidates try to make themselves sound well-rounded and  interesting, giving the interviewer something to talk about other than grade point averages.   Call me cynical, but I never believed even  half of it.   My friend and I would sit back with the pile of resumes, go straight to the “Hobbies and Interests” section, and read between the lines to reveal what we thought could be  the, well  . . . truth.

We had a system:

It’s not that there is anything wrong with how people actually pass their time, we just can’t put it on our resumes.  So  my friend and I  amused ourselves by trying to  crack the code.

If  job candidates were being honest, the hobbies and interest section on resumes would  state things like:

If applicants were being honest, maybe they’d omit the “Hobbies and Interests” section entirely  (I always did, but I’m a rebel) .

They could simply tell the interviewer:

“I need a job so I’ll have some money to buy equipment for a real hobby but have  no time to actually do it.

And wouldn’t it be refreshing if a stellar candidate  just said:

“Look, I have a 3.9 GPA. I’m President of every club at school.   I study all the time.  When I’m not studying or at some meeting, I’m drinking, eating or sleeping.  If I’m lucky I do my laundry.   My primary interest is maintaining my GPA and getting this job so that I can make a lot of money.   Then maybe I’ll buy a boat or something and can put sailing on my resume, but I won’t need a resume then, because I’ll have your job  — if I’m being honest.“

For a hilarious example of an honest interviewee, check out the movie  “Office Space.” 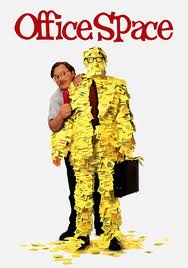 “Yeah, I just stare at my desk; but it looks like I’m working.  I do that for probably another hour after lunch, too. I’d say in a given week I probably only do about fifteen minutes of real, actual, work.”