Timing Is Everything, “Undateable,” Part Two. 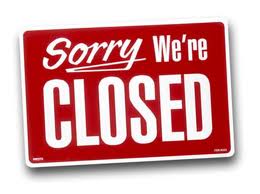 But as I was writing about it, I heard from the TV in the background,

Matt to thirty-year-old New Christine:  “You met him when you were 26.  Now you’re 30.  Trust me, from a guy’s perspective, that’s depreciation.”  The New Adventures of Old Christine.

Scary statement.   And the statement was to New Christine, the younger, shiny  replacement model.   That statement drove her to drink. 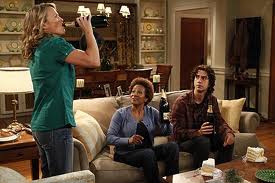 New Christine, after being informed that she has depreciated, having wasted her good years on a man.

Imagine how scary it is if you a woman who is neither 26 or 30.  Imagine if you are  Old Christine, which is who I’d be in that scenario.   Hmmm.  Talk about depreciation. 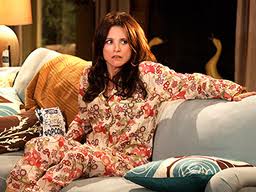 So while I’m  not dating, taking care of me, getting myself together, climbing out of the hole of depression and debt, yada yada yada,  I hear something– tick-tock, tick-tock — no, it’s not  that biological clock ticking — I have enough kids thank you — no, I hear another clock .  A clock that (in my mind) will sound a silent alarm which will summon (in my mind) a  giant iron hand from our misogynistic -youth-obsessed-paternal-madonna-whore- heaven  to snatch me up and drop me straight into Old-Lady-Ville where all mothers or non-mothers over a certain age apparently belong, according to decent society  (in my mind).   I’ll be forcibly taken to a place where women are always covered from head to toe in solid colors, no one has sex, discussion is only about women’s health or lack thereof, and no one is ever seen again in public — well, not until  the woman becomes a grandmother.  Grandmothers can leave Old-Lady-Ville on holidays if  they come bearing cookies and something made from yarn. 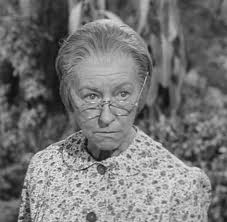 Old-Lady-Ville is a scary place.  It’s a place where women are not supposed to  wear, say, do, want or feel “that” anymore.  (i.e. the people who criticize Madonna) “That” being anything that men like seeing women not in Old-Lady-Ville wear, say, do, want or feel.   Where sexuality is either non-existent or the butt of a joke (i.e. Betty White).     I’m not ready for that place.    I can still pull off some looks and still want to be able to do —  stuff.   But that won’t last forever.   Or at least  that won’t be socially acceptable forever.

Okay,  that tick-tock  — that iron hand taking me to Old-Lady-Ville — is horrifying, but I know it’s in my head. I’m mean I’m not crazy. (Insert laughter here)  But the calendar?  That’s  real —   and worse.  The calendar says that  if I wait too long, I’ll have to check a different age box on the  online profiles which will,  effectively,  make  me ineligible for yet another whole generation of men, if I wasn’t  out of the running already.   Or, the horror,  if I wait too, too  long, I’ll have to go to the sites for  . . . (gasp) seniors !!!!!!   (Insert scary movie music.)  And where it used to be completely socially acceptable for a woman’s age to have a fluid quality to it, in order to avoid the abduction to Old-Lady-Ville, the internet has taken this option from us.

Bottom line.   It could take years for me to get myself together.  In the meantime, I will have depreciated.   So whatever it is, my imaginary iron hand or the real calendar, it scares the crap outta me.   Clearly.  It almost scares me enough to create yet another online dating profile, even though  I’m not ready.   But it’s do or die —  or be put out to pasture, or Old-Lady-Ville.

(I know how paranoid I sound, trust me.) 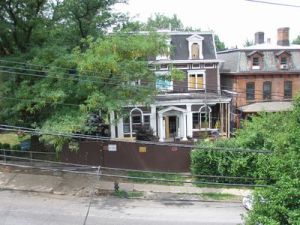 I just don’t want to be the dude who dutifully, painstakingly, and slowly restores a previously neglected Victorian  home with plans to sell, but  by the time it is perfect and ready to go on the market, well, the neighborhood has gone to crap and  no one  will even drive by — except, of course, as a short cut to the “new construction” in the next subdivision.   Five years earlier,  the  home would not have been perfect but he could still unload it.   Five years earlier, it could stop traffic, or at least slow it down.   Wait too long?   Not so much.  People just drive by.

Timing.  It’s all about timing.  And it’s not the same for guys, not in the open market.

I blame the economy.

Just Me With . . . fears, needs and more than a little paranoia.  Shhhh.  Did you hear something?