The Best Advice I Never Took

I’ll call her Erin.  She was senior to me in the  fancy law firm we worked in — seems like a lifetime ago. She was attractive,  a model of good taste, not particularly well liked and frankly a little scary.   Harsh, is what people said about her.  She was playing with the big boys, and had watched the big boys make partner while they passed her over, year after year, despite her superior qualifications and track record. Picture a younger Miranda from The Devil Wears Prada, but a Miranda who has to work under all of the Mad Men.

On the personal side, Erin is single, never married. This made her an expert on dating. Over the years she had a long, too long relationship with an older man who would not commit.  She spent the bulk of her last good child bearing years with this man, kind of like Mr. Big from Sex and The City, but not as cute.  Following her ultimatum,  he finally told her he would never marry.  They continued to date and travel together but with no expectations for more. They kept separate apartments in the city.

When I was a junior attorney Erin scared the crap out of me. My work best friend and I vowed never to have a meal with her.  But once I matured professionally (and personally)  I found myself getting closer to her and we became friends.

By the time my marriage ended neither of us worked at that firm anymore.  They never made her partner so she found another firm that did.  She had ended her relationship with “Mr. Big Can’t Commit Guy” for good but had no serious relationships since.

I was struggling, this was during some pretty dark times, but I didn’t want her to know how hard things were for me — maybe she did still scare me a bit.  Regardless, her intuitiveness and observation skills uncovered my pain. Still deeply wounded by my then soon-to-be-ex’s ability to so easily discard and  replace me, I admitted that it  had deeply injured my ego and confidence.

Erin had never been impressed with my Ex and she didn’t mince words.  Ever.

“You should schedule three dates in one week.” 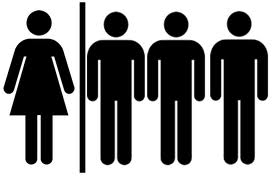 She was  so precise, talking about “scheduling” a date as if it was easy as booking a conference room.

She further explained that I needed to be around men who will appreciate my good qualities,  men who will appreciate my choosing to spend time with them. She elaborated that these dates should not end in sex, and that I should not be looking for a boyfriend or someone to love. These dates should simply be a means to an end, a way to break away from being the wife —  the jilted and rejected wife.  I needed, she said, to see myself the way others see me– not  how my Ex treated me. 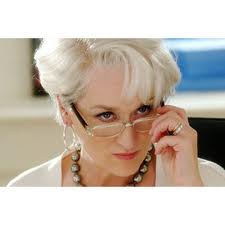 I wasn’t really convinced that I could or should take her advice, because I really did not want a man and  was still too depressed and wounded (and physically ill) to  seriously consider it.  She sensed that, and added,  in her usual strong, pointed manner,

“Roxanne, he has changed the playing field. You have a right to play on that field.”

I wasn’t ready to take her advice then and I didn’t.  But looking back on it now, I see that she is a smart woman, a really scary, brilliant woman.

Facebook Mutual Friend with the Ex’s Girlfriend? – Part One

If I’d Married My Stalker