Wait, Am I Supposed to Miss Him — Already? 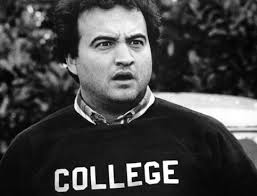 I finally got my oldest child off to college.   He lives hours away from home now.  It’s been a process.   Depending on how you I calculate it the process began 18 years ago when I started talking to my growing belly, taking prenatal vitamins and playing music for my unborn child, reading and talking incessantly to him as a baby,  or the process can be measured in the last year of making college visits, college choices, buying dormitory bedding or the untold joy of filling out financial aid forms. My particular journey was salted by the sudden yet not completely unexpected visual appearance of my ex-husband —  just in time for the graduation celebration and going off to college festivities.  See The Unspoken Pain  of Sharing Celebrations. Despite the extra anxiety, the kid is safely enrolled on a residential college campus.  He won’t be home until Thanksgiving.  Going Away To School — And Staying There.

Now that he’s gone I am often asked, “Don’t you miss him?”

He’s only been gone a couple of weeks.  I’ve been so focused on getting him ready for college and out of our suffocating suburb and the stupid visitation schedule — I had not counted on the expectation that I should miss him — so soon.   I mean I cried the traditional tears when I said goodbye and left my boy to live elsewhere, with people I don’t know.  I’m sure I sported the vacant, almost Zombie-like  look that the freshman parents had wandering around campus and in the bookstore having been separated from their precious babies.  I did all of that.

But then I came home

—  and rearranged his room.

Apparently many other parents and loved ones are really grieving about the absence of their college freshman.  People are asking me how I’m holding up.  And how the siblings are doing.  And I am reminded of the episode of Sex and The City when Miranda, who is pregnant, finds out the gender of the baby and everyone expects her show excitement at the fact that she now knows she’s having a boy.  After a while she just feigns a show of excitement to satisfy the general public.  “I faked a sonogram,”  she admits.   Sex and the City, Season Four, Episode 15 “Change of a Dress” 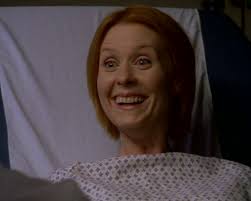 And then there’s me.   I love my son. I am so ridiculously proud of him.  And his absence is felt, that is true.  It was kind of weird on the first day of school when there was one less child I had to beg to allow me to take a picture of.  But I admit, I am not the face of  mother grieving over temporary absence of her son, though I sometimes play the part.

My son, who I sometimes refer to as The Arrogant One, has always been fiercely independent, while simultaneously relying on me to support his endeavors, get things taken care of, and sit in the audience and bleachers and watch him do what he does.   He’s been away from home before — going on an annual week-long vacation with a friend’s family and traveling  to Europe for eleven days.  I remember preparing for the Europe trip, going to a meeting where many parents were asking how they would be able to contact their children while they were away.  Other than in the event of an  emergency, I hadn’t considered needing to talk to my son during his eleven day trip.  It was only eleven days!  But back then I started to panic — Was I supposed to be in contact with my kid all the time?  Was I missing some sort of mom gene?  I had, with the other parents, helped raise the money so they could go on this wonderful tour. Now weren’t we  supposed to let them go and have fun without us?  Why did I never even consider needing to call him while he was out of the country for less two weeks?

I figured that I’d hear about it when he got home.  Turns out I was wrong about that . . . but I digress.

And that was that.  Oh I probed him for some additional details, but  . . . it was his experience, not mine.

I’ve been feeling that same kind of panic lately when people ask me how I’m “holding up” since my son’s departure.  (Wait, I’m supposed to be falling apart?)   And when my daughter, the one I refer to as The Quirky One, the one who is very sensitive — almost a Star Trek level Empath, burst into tears saying she missed her brother, I was taken off guard.  I consoled her.  I told her I knew it was weird not having him here and that it’s okay to miss him and he’ll be home before we know it, but I thought to myself — “He’s really not that nice to you, he told you that you were worthless.  Why are you crying for him?”  He’s not very nice to his sisters.  That’s a fact, and an issue I’ve tried to address.  So to the people who feel sorry for him for being the only boy, well, I’m not feeling that. He has stated out loud  that he’s more important and smarter and a better person than his sisters, who, in his mind, do not deserve any attention.  And sometimes, him being a teen person, he wasn’t very nice to me either.  (I’m the safe parent, you see, the one who gets the crap because the child is comfortable that I’ll be here regardless.  Sigh.) So there are things — like his assertions of superiority —  that I definitely will not miss.  Now he’s dealing with the fish/pond thing — everyone on his campus is a high achiever like him and he won’t have his little sisters to belittle to make himself seem more important.  And I think it’ll be good for him.  Nay, necessary for him.

And my failure to pine after my college dwelling son might also be a big family thing — one less kid to feed, or who needs to be picked up or dropped off somewhere, or requires  some sort of supplies, etc.   One less kid to start an argument with the remaining kids.   And to me, someone who is the only adult living in a little house full of teens, having one less home means having one less person to ridicule and/or ignore me, and one less person who has no problem vocalizing the assumption that I know absolutely nothing.

The last thing I said to my son  when I left him on campus, when I said goodbye to my baby through tearing eyes was, “I am so so proud of you.  I love you. And you know I’ll  always have your back.  Have fun and learn.”

And,  upon my return, one of my daughters asked the definitively more important question,

“Do we still have to wear pants in the house now that the boy is gone?”

But it’s  not because of him.  It’s not about him anymore.

In Sex and The City Miranda did have a quiet moment when she first felt her unborn son move — it brought her to her knees, and that was her first moment of connection.  Quiet,  and unexpected and not when people thought she should have it.  I assume at some point there will be something that triggers me — something that makes it painfully clear to me that my first-born will never really live under my roof in the same way again — if things go well. Then  I’ll acknowledge the reality — that this first step into  pseudo-adulthood  is actually a natural progression to full adulthood, that one day  I’ll  end up being the mom to call from time to time with news, for advice,  and someone to visit on the holidays — maybe someday with his own family.   And I suspect, that like with Miranda, it’ll be a private moment of reflection when I’ll truly feel my son’s — move.

But in the meantime, as I sit in his room writing behind what used to be his closed door –with my pants on while relishing in the fact that in my now all girl household  we could go pants-less any time we damn well please  —

Do I miss him?

Just Me With . . . One less child under my roof — until Thanksgiving, anyway.

Postscript:  My son has matured immensely. Graduated college, lives on his own in a different city now. He’s a nicer guy. And in his own way, he shows his appreciation for me, my struggles.

Advice for My College Boy On Campus Sexual Assaults On Women

It Was Never A Nest

What Have I Done?